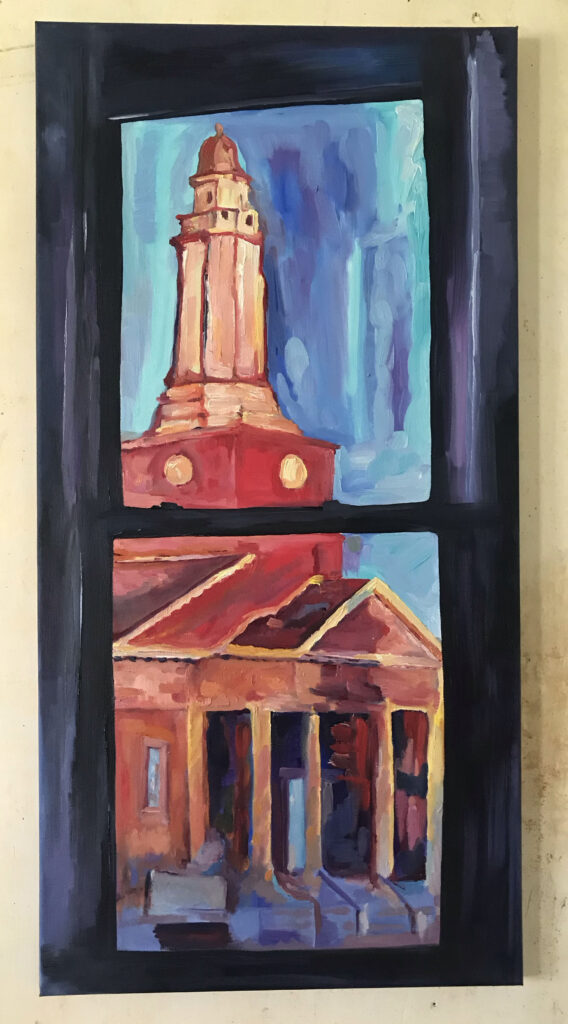 Three years ago on a second date, we met in Detroit and ruminated on living here one day, my childhood city that is going through another revitalization attempt, it seemed like a cool idea to be part of that. First painting is from our hotel window downtown (The Detroit Foundation Hotel), I’ve named it  “The Call to come home”. Three years later I wake up early some mornings to catch the sunrise shining on the Shrine of the Black Madonna church outside my window in Detroit. It’s a dirty brick church that shows it’s hard times and neglect but some mornings it shines from the inside out, quite magically. I love so many aspects about living here. There’s a lawlessness, signs of survival and a wabisabi beauty. Many neighbors are kind about us being here, others don’t know what to think and hesitate. I have taken to being the goofball neighbor that smiles and waves. It’s working, I am making friends.